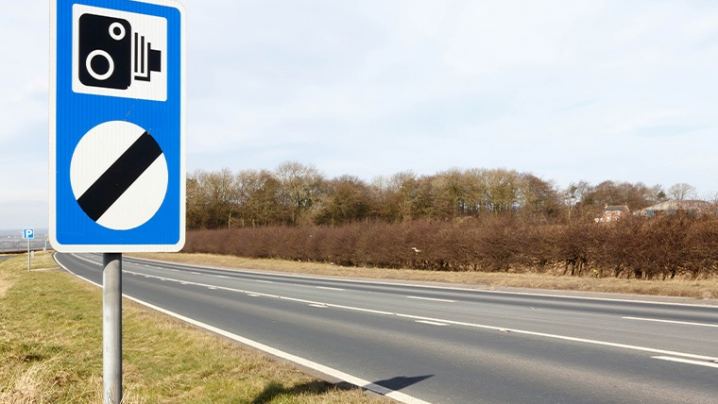 The national speed limit (NSL) is one of those driving laws that you should always be aware of, whether you’re studying for your theory test or taking a trip across the UK. It can also be confusing, particularly for new drivers. But don’t worry—we’ve created a guide that explains what it means, which particular speeds it refers to, and how you can detect when it’s in effect.

The term simply refers to the standard maximum speed allowed on a particular road.

You will become accustomed to seeing signs that clearly state the maximum speed limit in miles per hour (mph). However, the speed restriction takes priority when an (NSL) sign is present. Additionally, you should presume that the national speed limit is in effect where there is no other special speed restriction signage on a road.

Simple enough, yes? Knowing when the speed limit is unfortunately only the first step. The actual speed limit changes based on the kind of road and the kind of car you’re driving.

Feel free to download a copy of the “Know Your Traffic Signs” from our downloads page!

The national speed limit in the UK for cars on single carriageways is 60 mph.

Single carriageways are roads without a central reservation separating the traffic travelling in either direction. In other words, if you were to cross the street as a pedestrian, you wouldn’t encounter any obstacles in your path to the other side.

The national speed limit in the UK for a car on any dual carriageway in the UK is 70 mph.

Therefore, in theory, a road with three or four clearly defined lanes can have different speed limits than a narrow, winding country lane. That’s where your judgment comes into play. On single carriageways, 60 mph is the maximum limit; however, exceeding the speed limit is still considered to be driving too quickly. Also, you must be able to maintain control of your car at all times and anticipate possible risks.

The lowest national speed restriction of all is found in built-up areas is 30 mph. When you enter a city, town, or hamlet, a sign that reads “30 mph” will normally be present to let you know this.

As with all roads, you should presume that the 30 mph restriction is in effect where there are no signs indicating otherwise.

Why then is this road’s posted speed limit substantially lower than that on comparable single-carriageways? It illustrates how pedestrians in populated locations have a greater danger of stepping into the road or opening car doors as you pass by.

When driving at 30 mph in an emergency, it takes 23 metres to come to a complete stop. Be sure to learn about stopping distance here.